The project “Living in Latvia – Learning Latvian (4rd stage)” is already the fourth project in which the Education Development Centre (IAC) offers third country nationals the opportunity to learn Latvian for 120 hours, as the demand for Latvian language courses is high. It is a project in the field of integration, which is aimed at ensuring the acquisition of the Latvian language for the target group, education and the needs of the labor market.

During the 9 months of the project, the EDC will offer 120 hours of intensive Latvian language courses at various language levels to 150 third country nationals in a total of 13 remote groups.

The general objective of the project is to promote the integration of persons who are third country nationals* and legally residing in the territory of Latvia into society, the education system and the labor market, as well as to improve the availability of services to the target group.

With the end of the summer, the project “Living in Latvia – learning Latvian (4th stage)” of the Education Development Centre (EDC) comes to an end. Within the framework of it, we organized 13 remote Latvian language learning groups: seven A1, four A2, one group each for B1 and B2 levels according to the request of the immigrants.  In the spring, we encountered the desire of Ukrainian war refugees to learn Latvian, so we organized more language groups for beginners, accordingly, thus giving the opportunity to learn for those who came from Ukraine.

A total of 213 third country nationals started learning in the project, while 167 students completed the course (78.4% of the students who started). At the end of the course, 61 students went to take the Latvian language evaluation examination in order to obtain a Latvian language proficiency certificate. 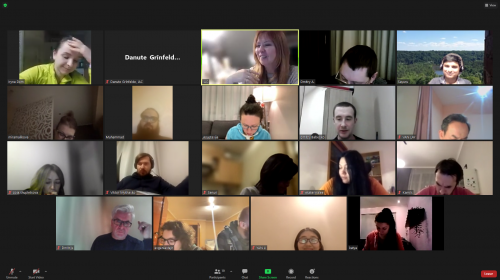 As part of the learning course, in addition to learning in a remote environment, students had the opportunity to visit cultural and historical objects – the offer included Riga Motor Museum, Latvian Nature Museum, Latvian National Art Museum, Riga Art Nouveau Museum, Latvian Railway History Museum, Art Museum Riga Bourse and University of Latvia Botanical Garden. Quite a wide offer, from which one could choose the most suitable for one’s interests and opportunities, it was also an opportunity to meet and get to know course mates and the teacher, to use the Latvian language in real-life situations.

At the end of the project, we say THANK YOU to the teachers of the project, who responsibly, creatively and wisely planned and organized the language learning process. Thank you for your responsiveness in participating in extracurricular activities. Also in the course evaluation questionnaires, the TEACHERS were the ones who received the highest praise. We are proud of the fact that, at the end of the course, more than 90% of the students have expressed that they are FULLY SATISFIED with the course.

We hope that EDC will have the opportunity to continue the work in the field of language teaching in 2023.

Even during the summer holidays, newcomers to Latvia diligently continue their studies in the Latvian language courses. By the end of June, a total of 115 third-country nationals who have studied in nine groups have already finished their studies within the project. Among them are also Ukrainian refugees who started studies at the end of April. Two more groups will complete their studies by the beginning of August and two – by the middle of August. In total, within the project we will have organized 13 remote groups, in which more than 200 third-country nationals have started their studies. They have had the opportunity to learn the Latvian language for 120 hours.

As part of the training, the students were offered to get to know the cultural environment of Latvia. The Latvian National Museum of Natural History was one of those that was included in the offer within the project "Living in Latvia – Learning Latvian (4th stage)". In April and June, three course groups visited the museum which was interesting to students with children. Meanwhile, the others went to the Latvian National Museum of Art and the Riga Motor Museum. The students were happy to see the permanent collection and the exhibition, spend time together, talk and see their colleagues outside of the computer screens. After the visit, everyone felt pleasantly surprised and shared positive impressions and photos during the language lessons. 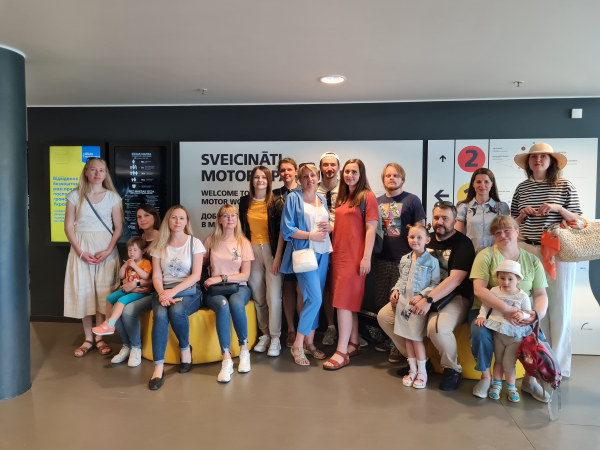 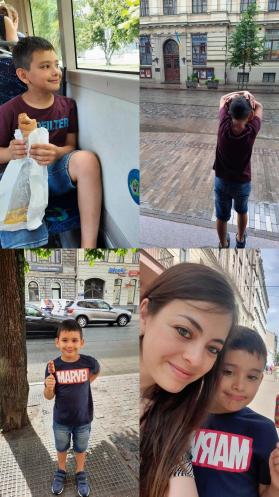 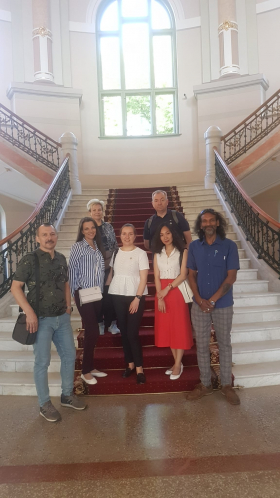 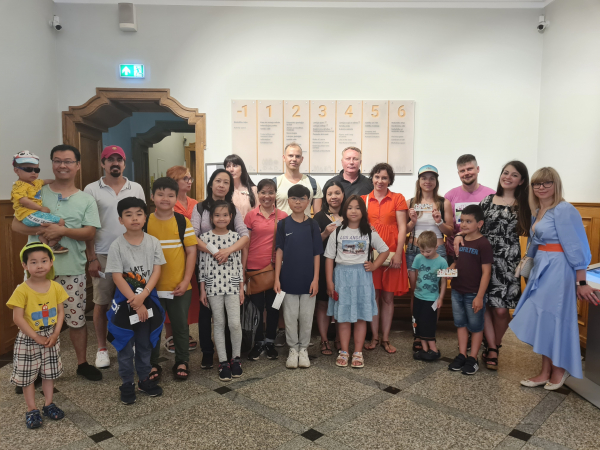 When starting the project, we faced a high demand for courses, so in January and February we recruited and launched seven (7) remote Latvian language groups. Thus, 113 third-country nationals started their training in groups of different levels: three A1 groups, two A2 groups, two B1 groups and one B2 group. We wish you success and patience for three months, as the training for these groups will end in late April – early May.

We are planning to recruit the next groups in April. If you want to learn Latvian in May – July, please contact the Education Development Centre: 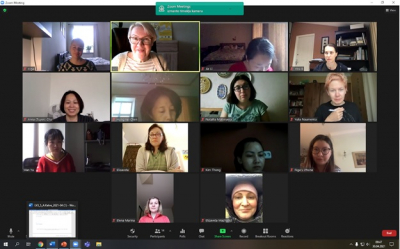 In January-February this year, we will have started 7 groups, in which about 120 third country nationals started to study. We are planning to start the next groups in April.
You can apply for studies by contacting the IAC: 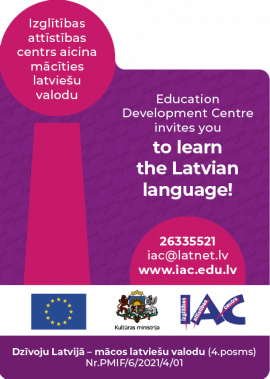 Living, Learning and Working TOGETHER